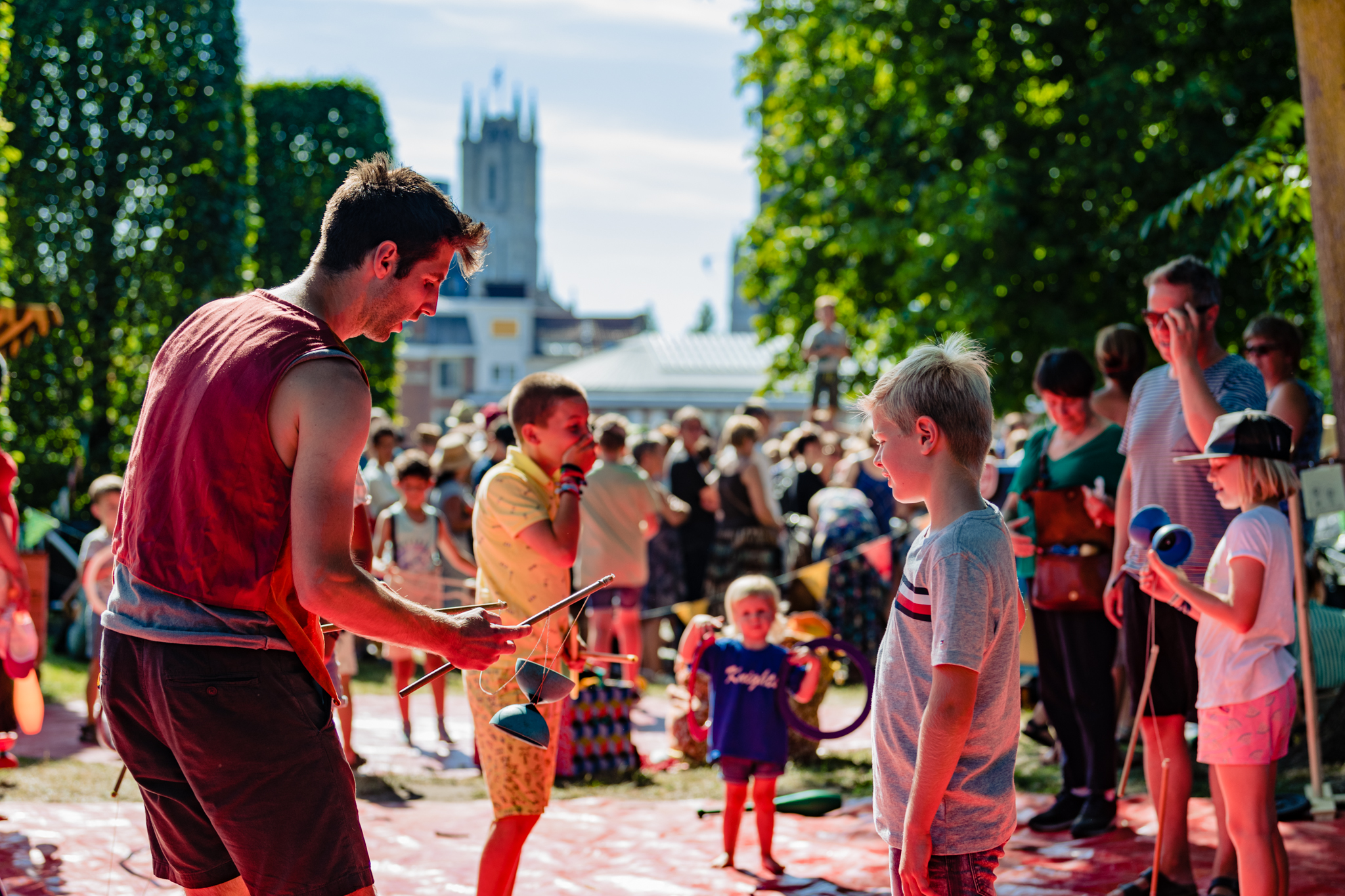 Circusplaneet and Miramiro join forces! Planeet Sierk is moving from the Baudelopark to the Coyendanspark. In 2019 we had a first taste of the Planeet Sierk’s workshops, but this year we expand our collaboration.

Imagine no longer having to toil for days, weeks, months for one deserved applause?

With its own laws of the market and a unique currency, Circusplaneet designed a circus machine that will run at full speed on Planet Sierk.

By trying out all kinds of balancing techniques, you can earn coins and use them to buy circus equipment and try it out in a practice arena.

When you’re ready, you can perform the tricks you’ve learnt in the show ring (with the appropriate accessories) like a real circus performer… and be rewarded with a big round of applause! That sounds like bucket-list material.

Planeet Sierk treats you to a free cabaret show for the whole family. A whirlwind show with circus, theatre, music and folk entertainment as main ingredients.

On stage, starting circus artists who are supported by Circusplaneet during a Fresh Talent program, artists who have just graduated from a circus college as well as circus ‘anciens’. And all this to the accompaniment of a live band and talked about by the one and only Kelly Above Average. Come and see!

In addition to the workshops and cabaret in our beloved Coyendanspark, Circusplaneet and Miramiro are joining forces to bring the festivities to Ghentian neighborhoods as well. We start off  in Malem, the home of Circusplaneet. In addition, they also treat the residents of Nieuw Gent to a hearty portion of circus.

Previous View all Next
Read our emails
Artists
Pro's