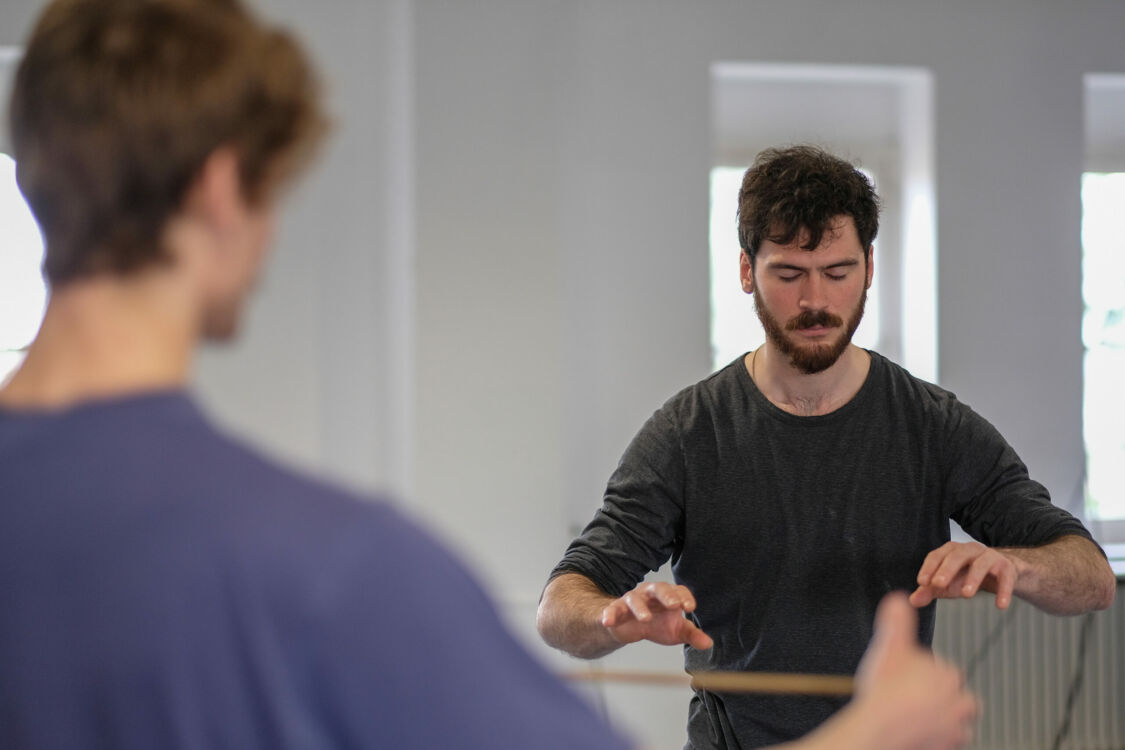 Mike Verbraeken
Ways of being ready

In ‘Ways of being ready’ Hendrik Van Maele and Elliot Dehaspe zoom in on a state of being that otherwise easily escapes the attention. This tragicomic duo holds the attention for that one fleeting moment just before the action. The muscles are tense, the breath is held, they are about to collapse. As in a series of exercises, we work with the physical tension and the stillness that emanates from it.

The duet is a playful inventory of all possible tensions that are generated in the body, between the artists themselves and with the audience. Hendrik and Elliot play with the viewer’s expectation that is not fulfilled. In this field of tension, the tension of the muscles, the supreme focus of the gaze and the silence between two breaths become a stretched and loaded momentum. An extremely tense silence that gets louder and louder.

Hendrik Van Maele was bon in Leuven in 1995. As a 4-year-old he started going to the local circusschool (Cirkus in Beweging) and spent hours of learning multiple disciplines. In 2017 he finished his education at ACaPA, Tilburg (Academy for Circus and Performance Art), where he focussed on partner acrobatics. Hendrik already played in Surface (Familiar Faces) and Screws (Alexander Vantournhout).

In cooperation with TENT – house for contemporary circus in Amsterdam – Hendrik started a 2 year trajectory. He’s currently working on 3 different projects: a trio, a duo and a solo.