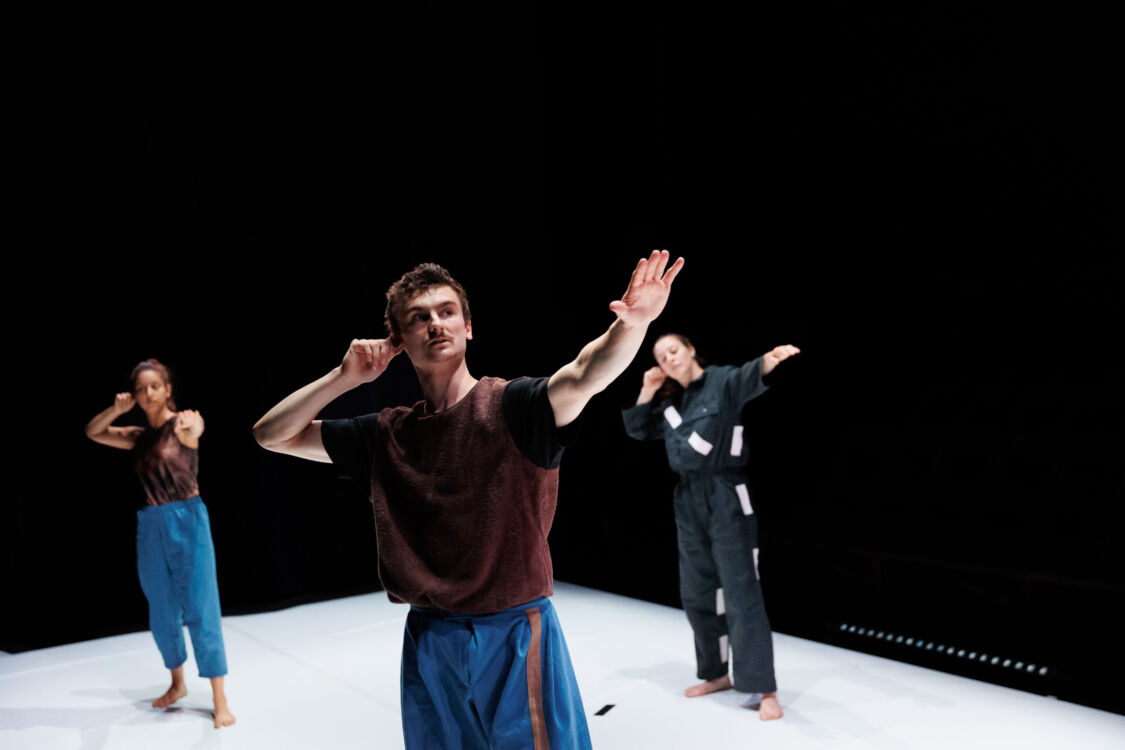 13 Harbinger Road is a tense meeting between three acrobats, two wooden objects and one street. Harbinger discribes the mysterious tension that reigns on Harbinger Road. New actions are constantly being announced, but not immediately fulfilled. The tension of an upcoming spectacle hangs heavy in the air. Storylines alternate in this intriguing mix of theatre, circus and dance. The question that remains is: what will happen?

13 Harbinger Road touches the funny and beautiful power of it. Not the trick is highlighted, but the moment beforehand. An appreciation arises for that which otherwise passes in a flash. The performance reads like a poem that balances between reality and fantasy, between omens and déjà vu. The tension is palpable and the audience is constantly misled, because who or what is thrown and caught when.

Hendrik Van Maele was born in Leuven in 1995. As a four-year-old boy, he attended the local circus school (Cirkus in beweging) and spent countless hours learning different disciplines. In 2017 he completed his studies at ACaPA, Tilburg (Academy for Circus and Performance Art), where he mainly focused on partner acrobatics. Hendrik has already appeared in Surface (Familiar Faces) and Screws (Alexander Vantournhout).

In collaboration with TENT – house for contemporary circus in Amsterdam – Hendrik is embarking on a two-year trajectory. Three different projects are currently being worked on: a trio, a duo and a solo project.