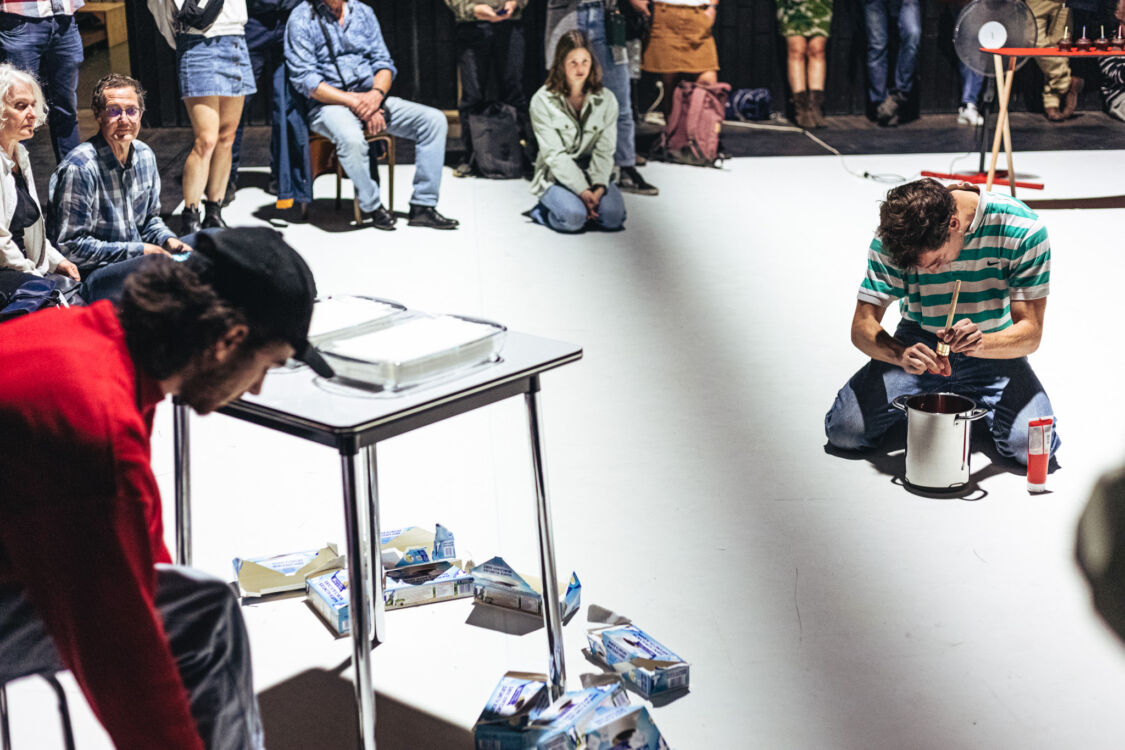 Ruben is a circus artist, but his muscles are a bit rusty.

In June 2022 Ruben Mardulier and Milan Van Bortel decided to join forces. Milan is theatre scientist, but hates writing. What both have in common is the broad view they have one their disciplines. Together they define theirselves as exaggerate-artists, and even that is exaggerated.

Ruben does not work on the creation of a new performance during his residency, but for various labo residencies. During the residencies with Milan Van Bortel f.e. they let theirselves be inspired by the location from where they work. The outcome of this is concrete-conceptual and erratic: no medium is excluded in advance (not even circus and theater studies).