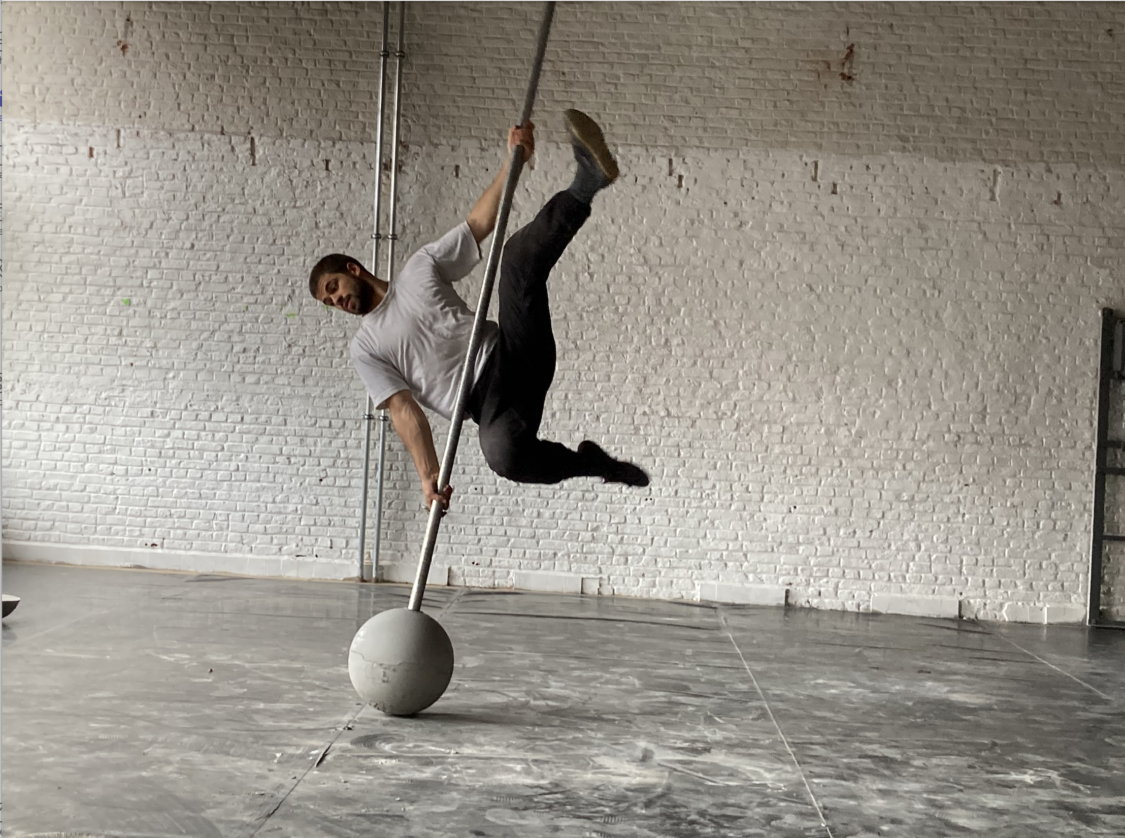 KORROL, after Plock! and murmur, becomes the third part in a trilogy for a young audience about art and creation. In the meeting between acrobatics, sound art and architecture, Grensgeval wants to investigate the complex relationship between man, building and material.

Jonas dreams of his own architectural, visual work. A total work of art that smashes the static and petrified character of buildings to smithereens and sets them in motion. In the beginning he is looking for small: an acrobatic course for a body with a concrete object for a foot, a hand or a head.

He wants to go further and more: he builds or reconstructs his entire body with concrete. The floor, the stand, everything becomes part of his artwork. Constrained by the kilos, his body becomes more and more immobile. Yet Jonas still finds a bit of freedom in all that limitation: there is just a possibility for a duet between toe and little finger. Until he discovers something very light among all the heavy things…

In a world of audible and tangible sound, the audience becomes more and more part of Jonas’s creation.

KORROL will be architectural circus sound theater that stimulates all the senses and puts the audience right in the middle.

Grensgeval creates performances with and/or for children and young people. The company takes children’s imagination and a child’s intuition as a starting point to explore adult themes. In the productions, Grensgeval places these themes in a new, consciously naive logic, mixed with a dose of anarchy and punk.

Theater that not only stimulates visually, but also does so with smells, sounds, touch or tastes and thus creates its own imaginative world. Grensgeval believes in the added value of cross-pollination between different disciplines and always wants to operate on that border.