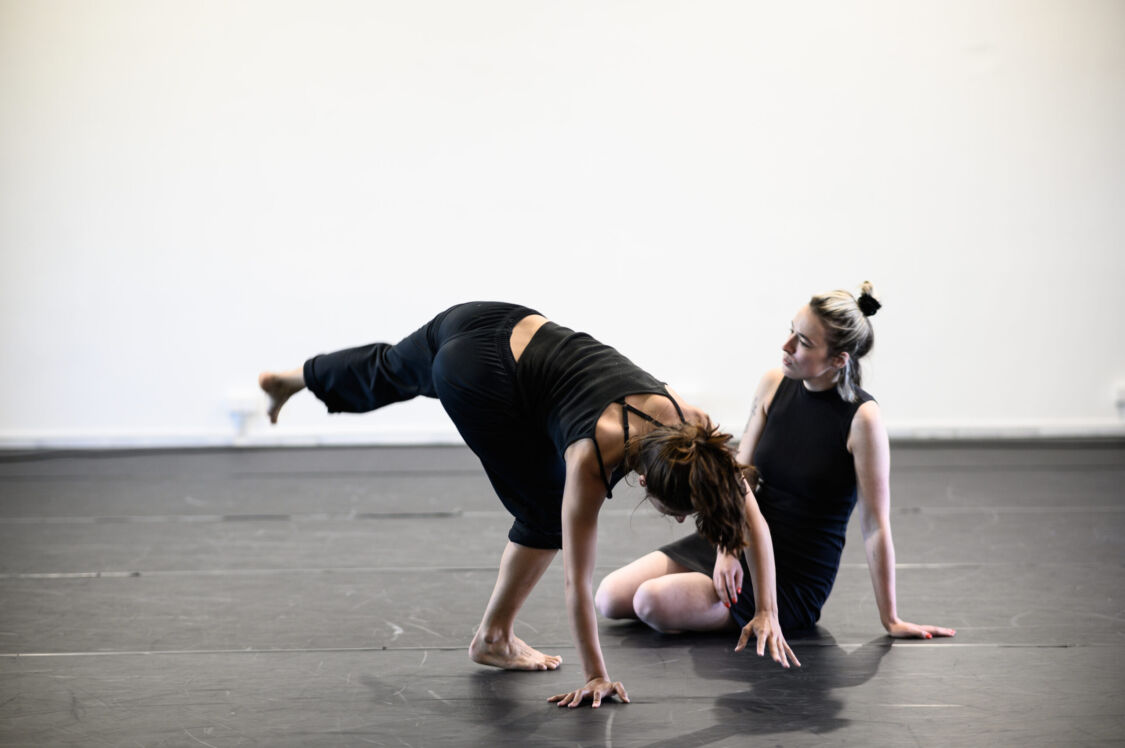 In Chaim, acrobatics and classical singing meet. Both are a form of physical virtuosity, controlled by breath. The performance is created to the rhythm of a breath. Breath becomes voice, becomes movement, becomes music. Three performers on stage – a vocalist, a circus artist and a young acrobat – will make breath visible and audible in a most intense way. Chaim will be an indoor show meant for an adult audience (16+).

An ode to breathing

Breathing: an automatic biological process that keeps us alive. The thriving force behind our vital functions, our voice, our movement. The connection between human beings and other breathing creatures, and even the entire ecological system. A good respiration can heal us, make us stronger, enhance the potential of our body. Breathing is a powerful, yet so fragile physiological system, not nearly as self-evident as we think. Only when our breath is taken away, we realize its value.
Time for an ode! An ode to breath.

THERE THERE Company is a creating duo. Hanna Mampuys and Toon Van Gramberen have been working together since 2010 as partner acrobats and circus creators. Their work is an active search to give meaning to the world around them. Their physical language is strongly influenced by their circus practice, hand-on-hand acrobatics, in which cooperating bodies form the starting point. In their performances, the performer is central in all his vulnerability and imperfection. The focus is on content, rather than tricks. Subtle and with both feet on the ground. Circus stripped of all presuppositions.