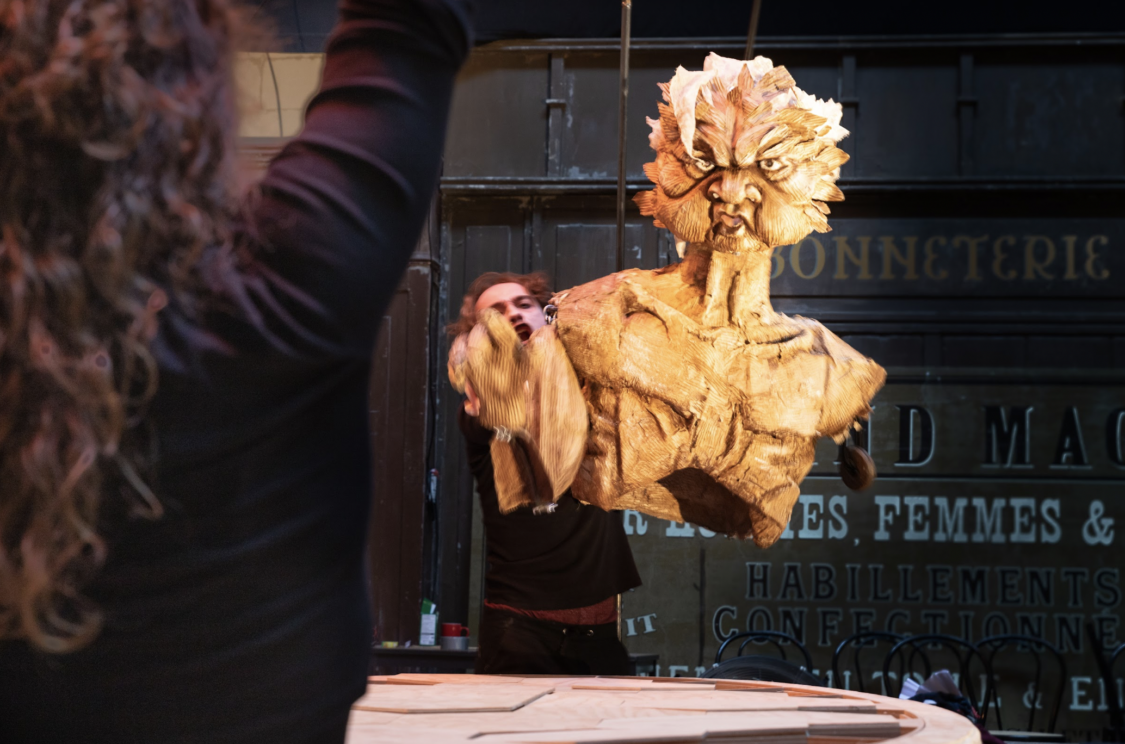 A father and his daughter watch a clever man trick an entire nation and then sail home across the oceans. They decide to play a game: with each roll of the dice, they present the man with an obstacle on his way back home. They play an epic game between the gods and a lonely traveler at sea.

The ancient story of Odysseus has been reworked through the eyes of De Machienerie. It is a performance full of poetic images, installations, manipulations and masks in which the players bring and tell this ancient story.

De Machienerie will be the leading partner in this project; it will wear the scenography, construction of the installations, machines, puppets, and the masks. In Flanders, De Machienerie is a pioneer in developing performances with poetic theatrical installations. In addition to a construction workshop, the non-profit organization is now also a full-fledged production house.

Theater La Licorne is a professional company created and directed by Claire Dancoisne, with over 30 years of experience in puppet and object theater. Objects, machines, masks and puppets are essential to Claire Dancoisne’s theatrical writing because they are able to transport actors and spectators, transforming our view of the world.

Odysseus, thanks to Homer’s books, is known as the cunning, he who, thanks to his sharp mind, manages to overcome powers greater and stronger than himself. He is the man who designed the wooden horse that gave the Greeks the invincible city of Troy. The Trojans could not resist the temptation to bring this fine work of engineering within their city walls – but at night, armed men jumped out of the horse’s hollow belly and opened the city gates to the Greek soldiers.

On his journey home from Troy, the hero Odysseus was confronted with all kinds of powers and forces that prevent a successful return home to his island of Ithaca. The story is a true ‘road trip’, but by ship. The Sirens seduce him with their magic song, the lotus-eaters offer him blissful oblivion, the witch Kirke wants him as her lover, while she turns the other men who desire her into pigs. He is nearly eaten by the Cyclops Polyphem and flattened by the rocks Scylla and Charibdis. Many more adventures and dangers lie ahead of him. His greatest enemy is the god Poseidon, ruler of the world’s seas.