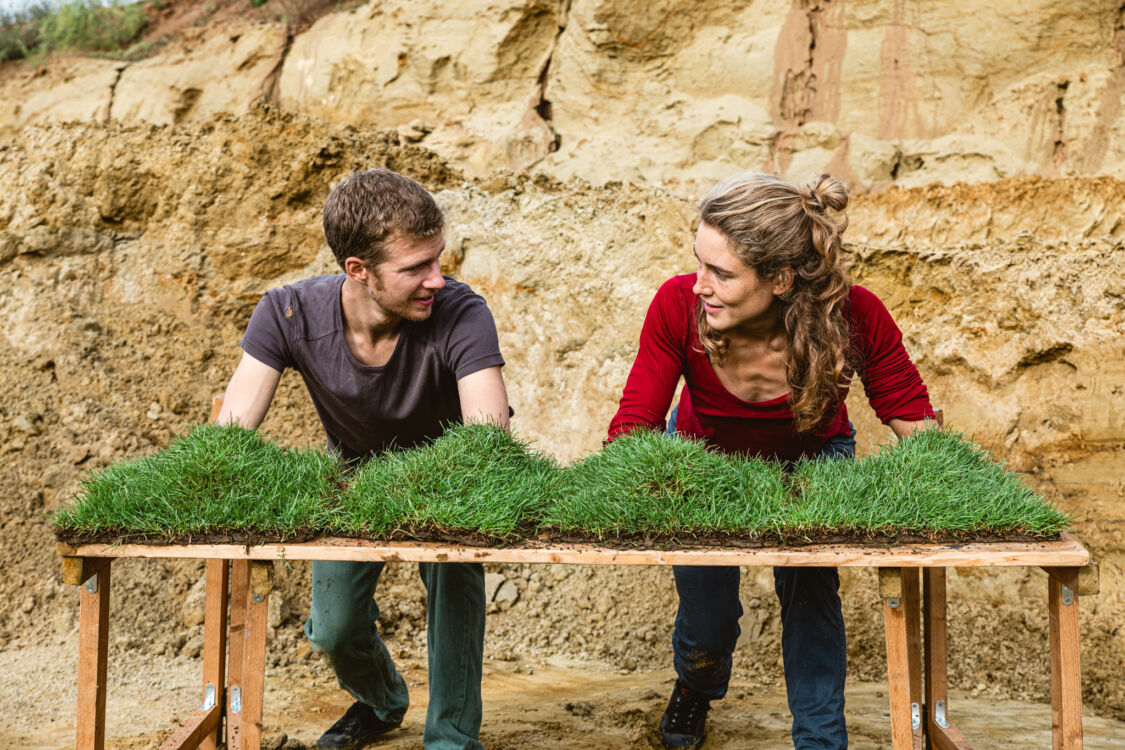 Willem and Sophie have been bitten by circus since an early age. Willem started in the circus studio of Bruges and Sophie took her first circus steps in the youth circus of Rotterdam.

They both followed the Codarts Circusarts training in Rotterdam, where they got to know each other. After this they made their first performance together under the name Circus Katoen: ‘Ex Aequo’ (2013). With their second show ‘As heavy as it Goes’ (2017) they became a laureate of Circusnext, a European platform for emerging circus talent. This year they follow with a new performance, with which they come in residence with us: ‘Grasshoppers’ (June 2021).

Grasshoppers is a representation of the resilience and vulnerability of nature and the role that we as humans play in it. The ‘living’ greenery in this world is going to have to endure. With a turf in the lead role, Circus Katoen is looking for a playful way to represent this.

Grass is a living material and recognizable to everyone. On the one hand very vulnerable and on the other hand it can really take a beating. In Grasshoppers, Circus Katoen takes this patch of green from its natural habitat and raises it above ground level using trestles, planks, rope and their bodies.

The audience follows how the artists transform the grass into an object that is manipulated and controlled. A portion of nature ends up in unnatural situations, a specialty of humans…

A portion of nature ends up in unnatural situations, a specialty of humans

View all Next project
Read our emails
Artists
Pro's
Festival