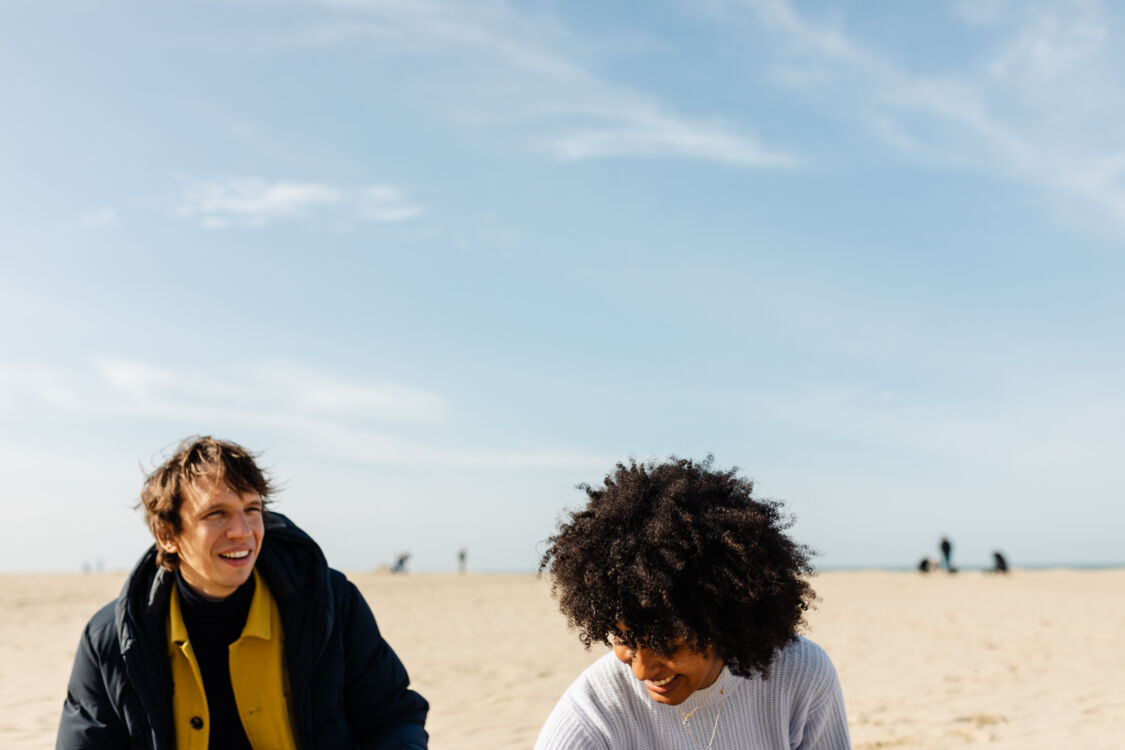 ‘BAAS’ will be a multidisciplinary circus performance for families with children, which will discuss the topics of equality and prejudice. The central visual element is a sheet and a blanket, with Samuel Bey and Abigail Abraham as actors.

It will be a circus performance with different disciplines, each from their own artistic expertise, Samuel as a circus artist, Abigail from theater, dance and song.

The performance starts from the recognizability of the situation: the simple but frustrating task of making a bed. There is nothing more blissful than to crawl into a freshly covered bed, but the road there is very annoying. The struggle to put a duvet in a sheet is no fun on your own, but with two it remains a challenge. It takes coordination, patience and above all a strong piece of teamwork to be able to successfully complete this task together.

Samuel Bey has been fascinated by circus, objects and inventions from an early age. In 2001 he took his first circus steps with Woesh and soon caught the juggling bug. After completing his studies, he himself gave circus lessons for several years, worked as a staff member at Woesh and supported various youth productions.

The production ‘No Way Back’ became his first piece as creator, player and co-founder of the circus company Duo Berlingo. He has been touring with this performance at home and abroad since 2017.

Abigail Abraham is an actress, singer and dancer. As a child, she grew up in a Belgian-Caribbean family and dreamed of being on stage in the future. In 2011, she graduated from the Royal Conservatory of Brussels. She played in numerous theater performances for, among others, Toneelhuis, MartHA!tentatief, Laika and 4hoog. She will soon be featured in productions for De Munt, Tuning People and Froe Froe.

This co-creation and the growing curiosity about circus formed the breeding ground for further developing her own voice as a maker. As makers, the duo see the strength and value of a cross-pollination of their different fields. The reason for working together for both is a combination of enthusiasm, challenge and a great curiosity about the mixtures of circus, theatre, movement/dance and music. They find that mix the most interesting and want to add it to their vision of circus. Because what strikes them is that circus productions, which in addition to technicality also offer a clear idea, a strong dramaturgy and above all a layering, invariably manage to move them.