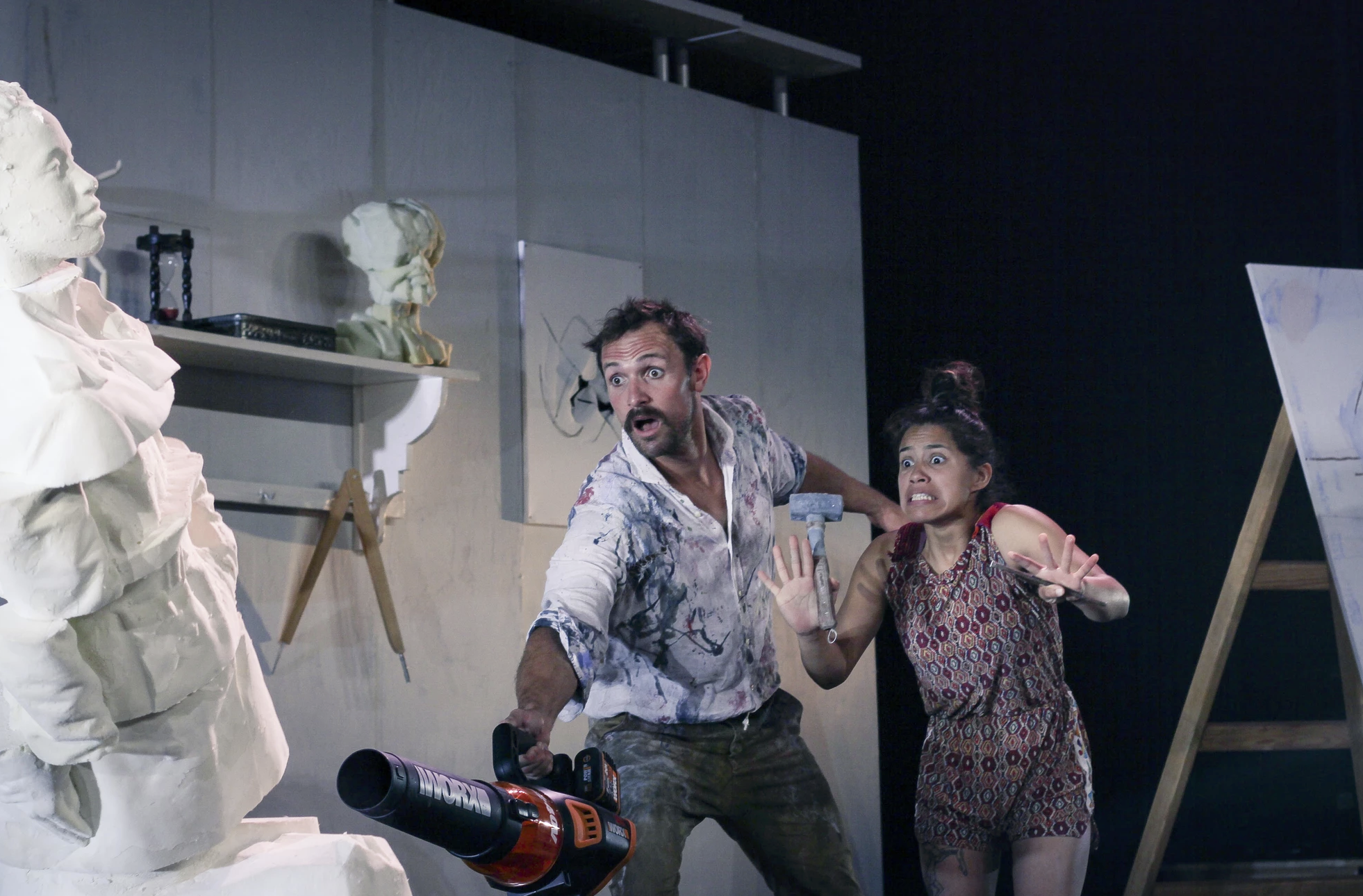 After two weeks of puzzling and tinkering, in residence at the workingspace of Miramiro, Cuatro Productions invites you for a small sneak peek of the performance SALTO AMORTALE. This circus theater performance will soon have its premiere during Vitrine Perplx, but we can already invite you to take a first look at this brand new creation.

You can register for the show moment via this link. Please note, places are limited. Full is full.

An artist and his muse. In the midst of his meager studio, an artist becomes entangled in his obsession for a majestic marble statue of a woman. When it breaks, he discovers her in person for the first time. The young woman has a mischievous curiosity and turns his predictable life upside down.

She seems to rewrite the laws of reality with her uninhibitedness and enchantment. Is she his imagination, is she a lost part of him or is she real? He tries to keep things as they were, but his unpredictable muse, as well as the familiar objects in his studio, seem to increasingly escape his control and will. Nothing is certain yet. It leads to hilarious and magical scenes, passionate misunderstandings, whirling escape attempts,…

The circus performance SALTO AMORTALE is a fusion of acrobatics, clowning, dance and visual theatre.

More information about the premiere can be found here.
You can register for the show moment via this link. Please note, places are limited. Full is full.